work in the field 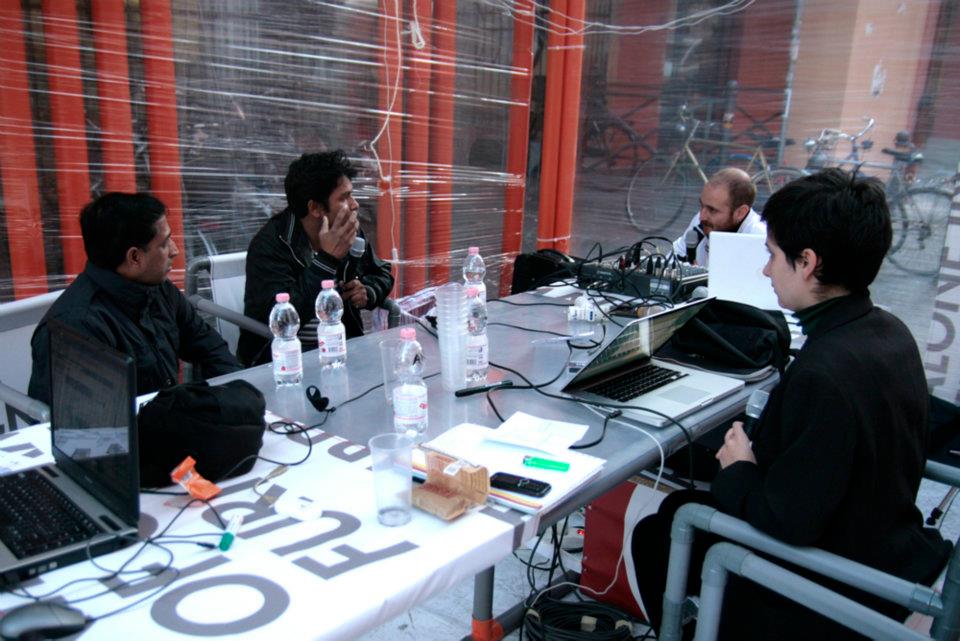 co-curated with: Anna Santomauro and Vincenzo Estremo as part of Aelia Media, a project by Pablo Helguera for the First International Award for Participatory Art in Bologna (IT).
October 2011

Work in the field was a radio programme conceived as a contribuito to Pablo Helguera's Aelia Media, a nomadic cultural journalism institute and broadcast center in Bologna.
Our starting point was a research about the main hobbies of the new residents of Bologna coming mainly from Bangladesh and China. We were particularly inspired by the Bangladeshi community's stories about cricket which became a symbol of the appropriation of the public space by marginalized communities.

The project happened both as a radio programme and a cricket match. We hosted artists, musicians, fund raisers, and cricket players such as the Female Cricket Team Pianoro and as a conclusion, we organized a cricket match between Italians and Bangladeshi youngsters at Parco John Lennon Charlie Parker in Bologna.